“a place where everyone is welcome and feels at home”

The fun began on the Anderson Family Farm when brother and sister Robert Anderson and Christina Anderson-Benn designed and constructed Toddy Brook Golf Course right on the very land they were born and raised on.

Switching from farming to landscaping in 1986 and working hard to grow the company, Robert’s dream of having a golf course, which began as a seed, eventually took root and in 2002 the front nine of Toddy Brook was opened to the public with the blood and sweat of Scott Lancaster, Toddy Brook’s superintendent.

After receiving his Associate’s Degree from SMCC in 1990, Scott was employed at The Woodlands Club in Falmouth, and remained an Assistant Superintendent there until 1997. There is where he got his feet wet, hosting tours such as The Nike and Ben Hogan tours, to name a few. The likes of John Daly, Tom Lehman, and Lenny Mattice were there. Scott even caddied for Lenny!

From 1998 and 1999 Scott worked for Miller Golf Construction and landed here as Superintendent during construction and decided to stay. He’s kept true to his word – to create good playing conditions with as little environmental impact as possible.

He, Robert and Chrissy continued with that vision and in 2005, the back nine was finished and Toddy Brook was finally complete. This par 71 course, with five sets of tees, honest and true greens, rolling hills, elevation drops up to 150 feet and plenty of water welcomes a great round of golf for all levels of players.

Now approaching our 20th year of play together, we’d like to thank Robert and Chrissy, as well as Scott for keeping Toddy Brook “a place where everyone is welcome and feels at home.” 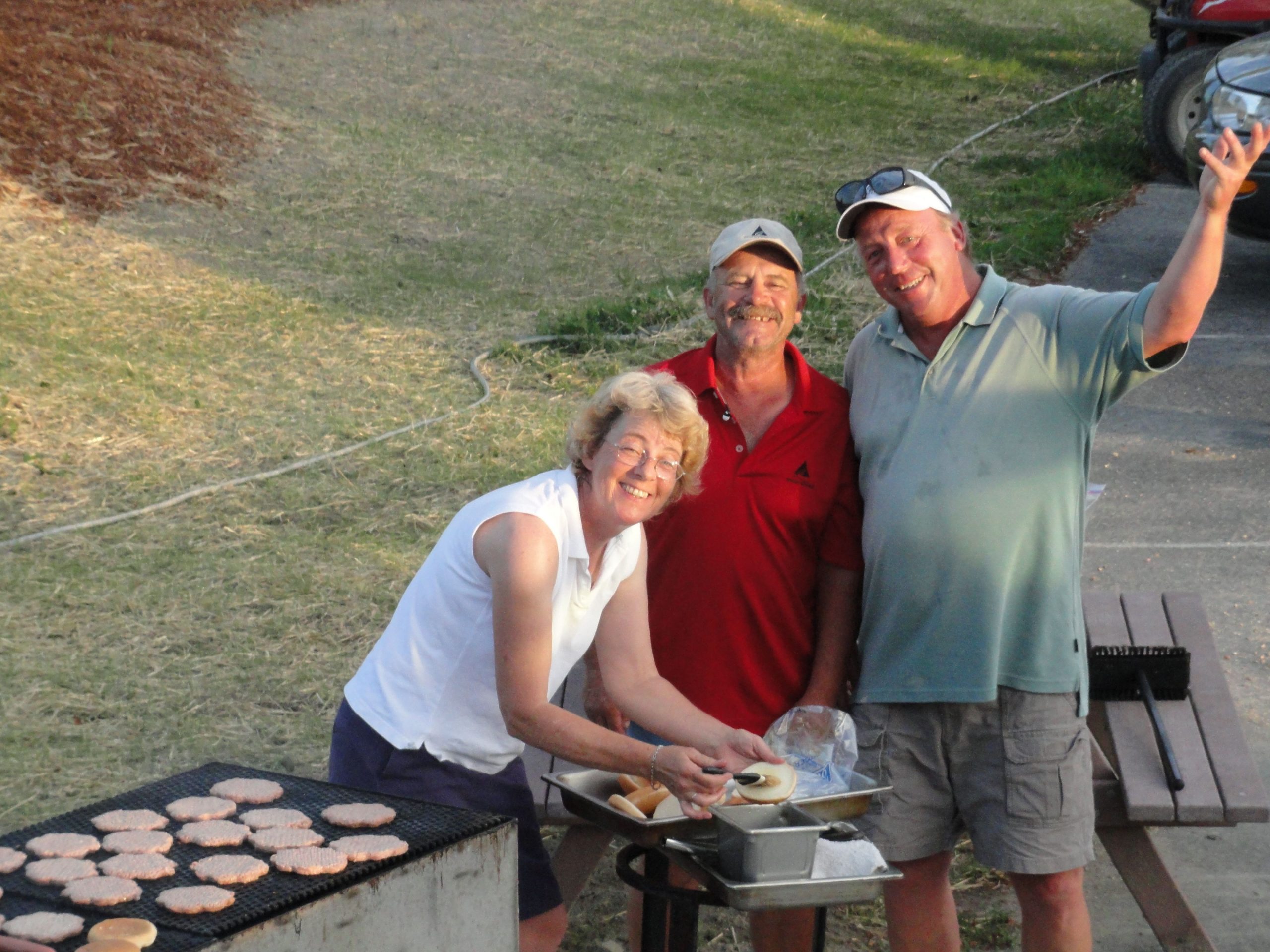 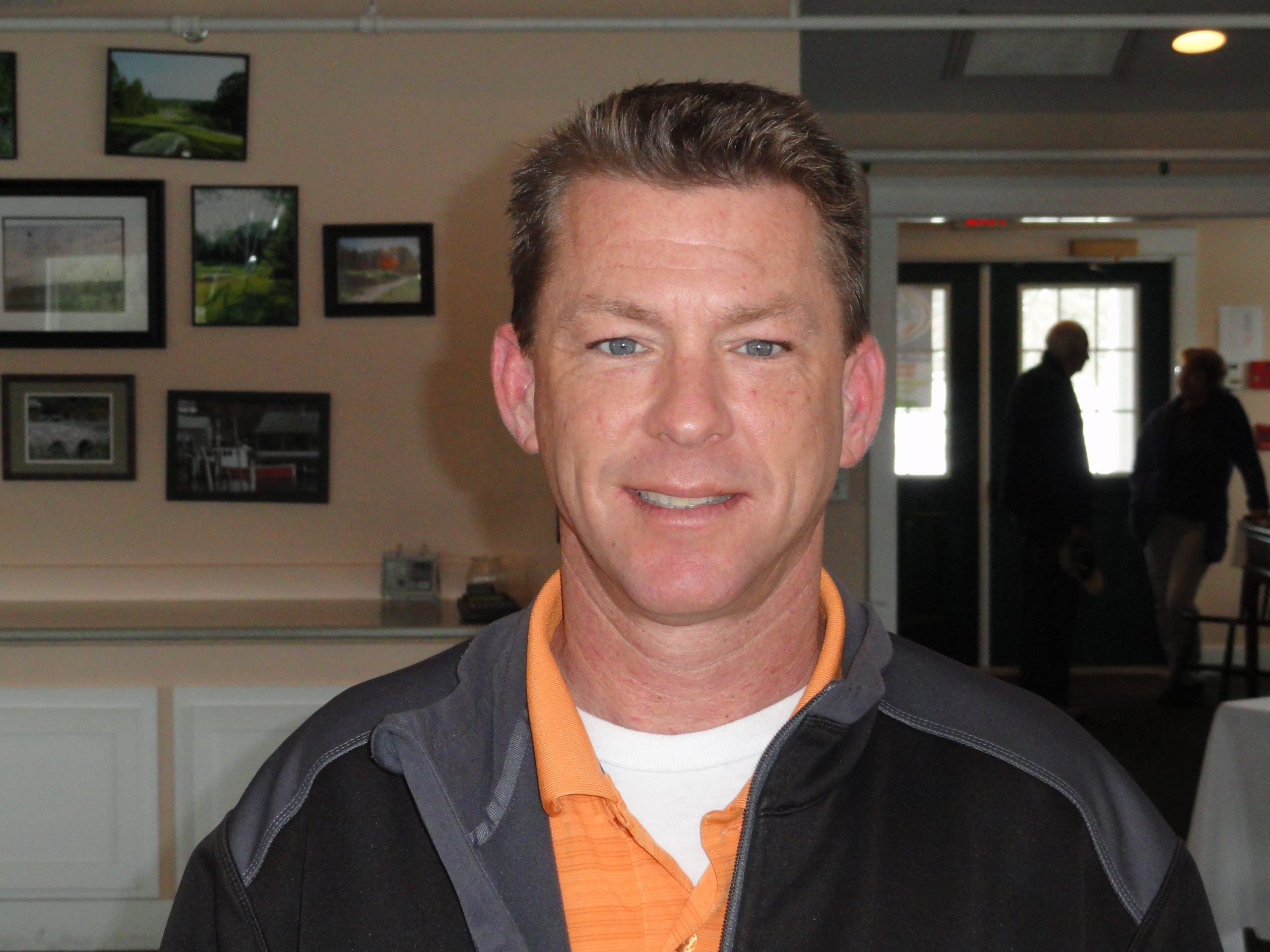 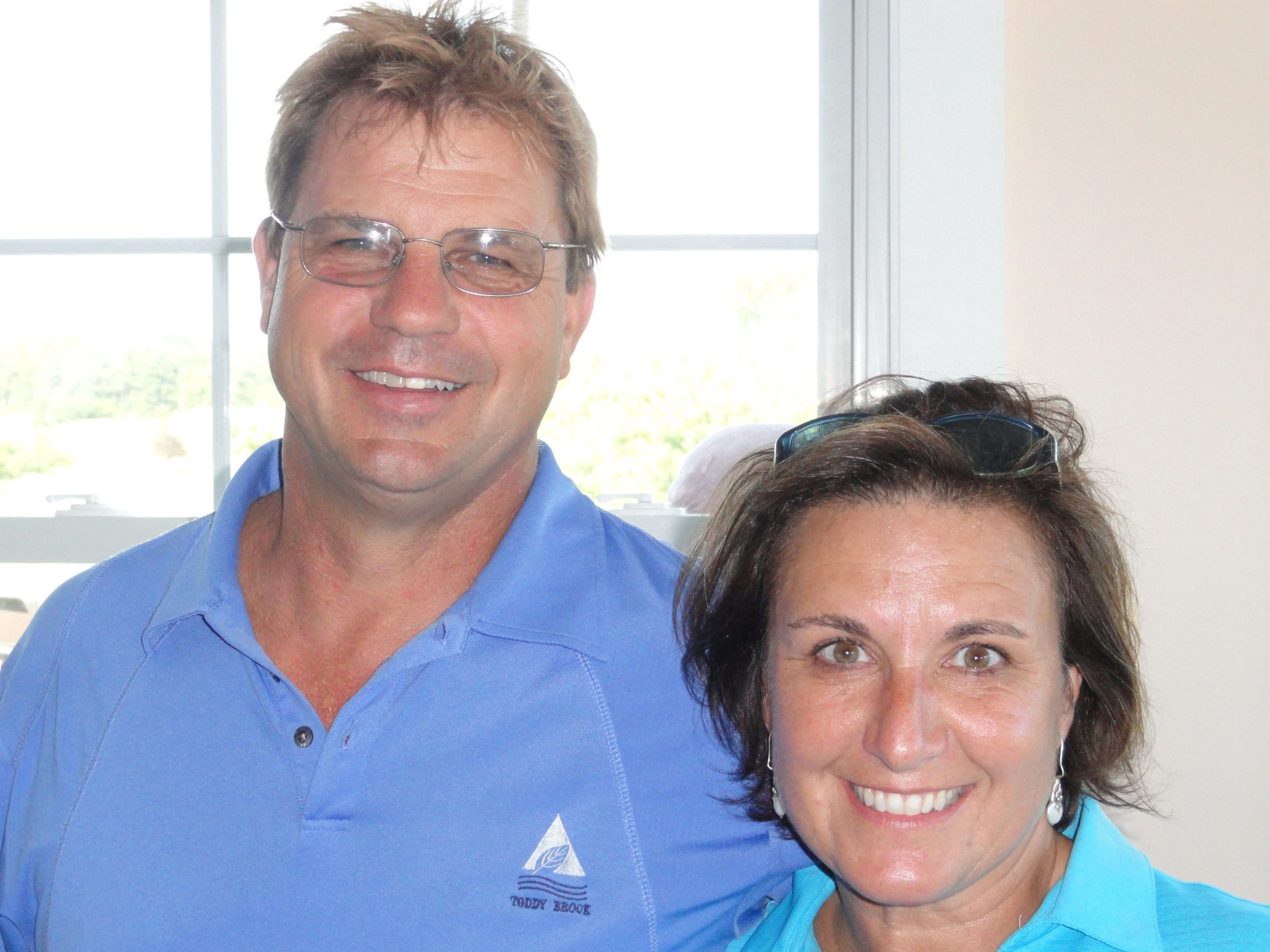 Jim Ames, Director of Outside Services

Jim joined Toddy Brook as a member in 2019, having left Sable Oaks after its closing. He found a passion for golf upon his retirement as a gemologist at one of the largest jewelers in the state. How he came to work at Toddy Brook is much appreciated: The staff was looking for additional help one day and asked Jim if he would be interested. He wasted no time, jumping in and helping at whatever needed to be done. When called back later to ask his decision he simply replied, “Well, I haven’t left yet.” He’s been a fixture ever since and is a much-appreciated member of the core staff. We thank Jim for his years of service to our country. He certainly learned the value of hard work! Jim is a Westbrook boy and he still lives in his original hometown.

Kara joins the Toddy Brook management team with a long career in restaurant and bar management, with a wealth of bartending experience. As a long-time planner of local fundraisers, she’s able to bring her unique experience as well as her business management degree from Thomas College to help you plan your perfect event, whether it be a golf fundraiser or a charity auction. What she didn’t count on when she joined us a Toddy Brook is that she would absolutely fall in love with the game. She has the knowledge to take what she has learned at other restaurants and bring them to Toddy Brook, where she very excited about improving her game as she begins this journey in the golf world. We are equally excited that she’s chosen to take that journey with us. Kara and her husband Terry live in nearby Freeport.

With a history in both golf and cooking, Drew comes to Toddy Brook with an abundance of experience. He trained as a chef the pacific northwest, graduating from culinary school in 2004. He came to Maine in 2015. His food philosophy is creating, inspiring, teaching, learning and developing fresh foods, and his specialty is fire cooking. How he ended up at Toddy Brook was a fluke – he answered a Facebook ad that was seeking a breakfast cook, interviewed on a rainy day and started mid-season in 2021. He wasn’t specifically looking for a job at a golf course, but he’s played his whole life and enjoys being back on the golf course again. He enjoys spending time with his elementary-aged daughter, Lola, and he lives in Portland. We at Toddy Brook appreciate having him and look forward to continue working with him as part of the Toddy team.

Toddy Brook is very fortunate to have had Scott with us from the very beginning, lending his expertise and creativity to provide some of Maine’s finest public golf course conditions. With a degree in plant and soil science from SMCC in hand, Scott landed as an assistant superintendent at The Woodlands Club in Falmouth, where he worked from 1990-97. After a couple of years with Miller Golf Construction, Scott landed here at the Superintendent during construction and decided to stay. He’s served as an officer of the Maine Golf Course Superintendents Association and has been a long-time member of the Golf Course Superintendents Association of America. He lives with his girlfriend just down the street in Yarmouth.

Eric comes from a diverse background that includes everything from managing Scarborough Downs to serving as a career advisor for the Jobs for Maine Graduates program at Portland High School. He has been a Toddy Brook regular since the beginning and is a 1972 graduate of Greely High School where he played soccer and baseball. His various experiences make him the perfect person to coordinate the various projects that are being planned to make Toddy Brook an even better experience for those who use it. While Eric is handy himself, he also knows everybody, so if he’s not able to fix something, he knows somebody who does. He lives in Cumberland with his high school sweetheart wife, Deb, and they have three kids and four grandkids.

Gary began his long and storied golf career with an inauspicious start in Sangerville, Maine, playing out of the Piscataquis Country Club. Gary’s main passion in his career has been teaching and he’s also excelled at coaching junior and high school golf. He’s recognized as one of the winningest coaches in Maine golf history with nine state championships, and for his accomplishments, he was inducted into the Maine Golf Hall of Fame in 2004. He went on to lead the Hall as its Executive Director, retiring when the Hall merged with Maine Golf in 2020. Gary has spent the majority of his golf career in Southern Maine at Val Halla, Freeport and Toddy Brook Golf Clubs but also spent time back at his home town area at Dexter Municipal Golf Course as the golf professional in the late 1990s. In addition to serving in the Pro Shop and as a Starter and Ranger, Toddy Brook is happy to add him to the teaching staff. He and his wife Toni live in Yarmouth.

After graduating from the University of Maine with a degree in journalism in 1983 and working for three years as a sportswriter, Nancy started her “accidental career” in golf in 1986 as the business manager at Val Halla in Cumberland. From there, she served as the club manager at Biddeford-Saco Country Club before joining the Maine State Golf Association as its Executive Director in 1997. She worked to help grow the game in the state and was involved in the merger of the men’s and the women’s golf associations in 2019, and has been inducted into both the Maine Golf and the Maine Sports Halls of Fame. She retired in 2019 to start Nantz’s Garden, her home gardening and canning business. Realizing she missed golf, she got back into the game in 2021 as the Maine Director for US Kids, a national program for kids aged 6-18. She was approached and offered a position with Toddy Brook in the fall of 2021 and gladly accepted the position. She still manages her shop on Main Street in Cumberland, where she lives with her husband Charlie Sparrow, the Santa of Main Street.